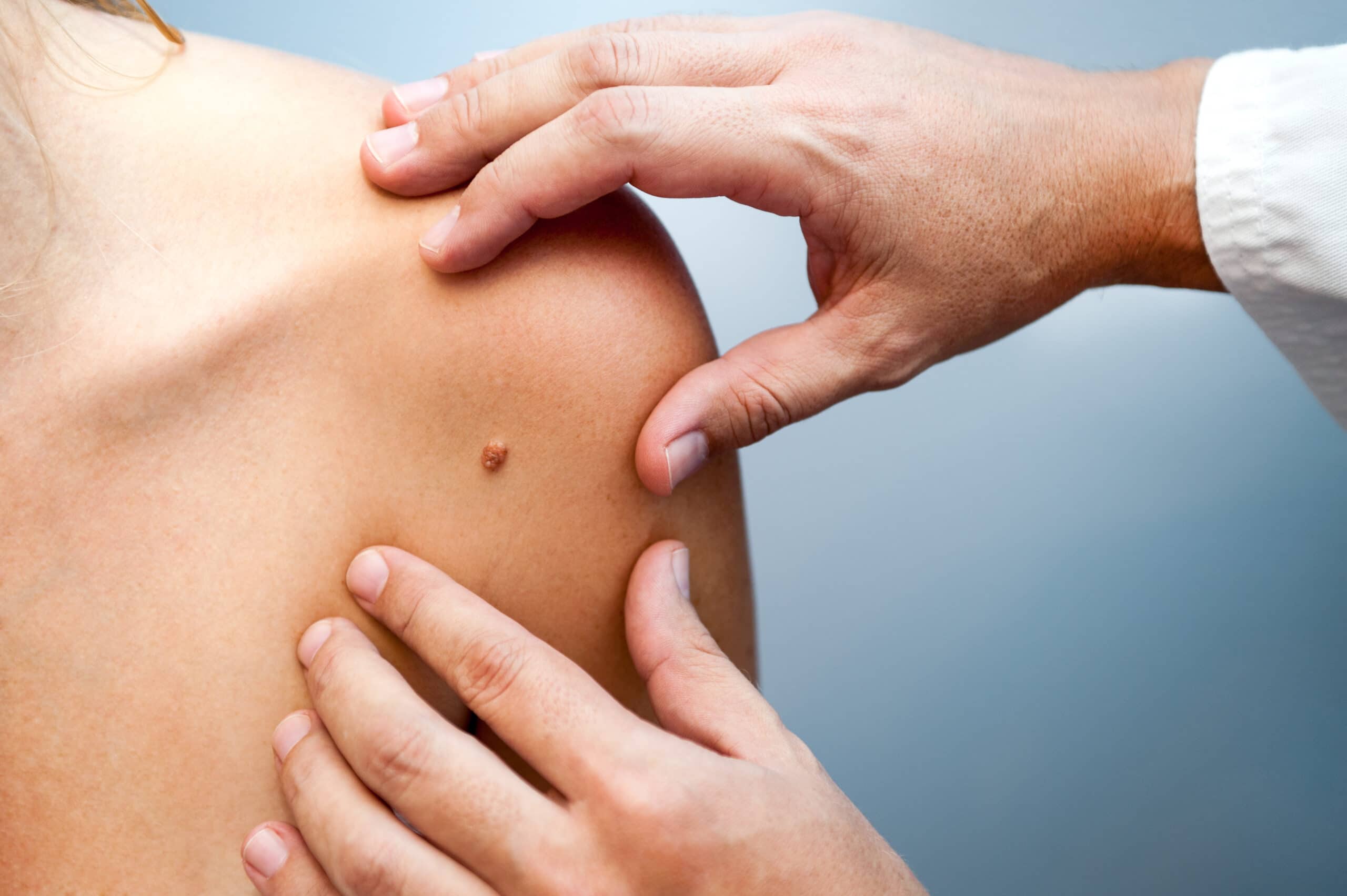 According to the Skin Cancer Foundation, more people are diagnosed with skin cancer each year in the U.S. than all other cancers combined. Given this statistic, it’s safe to say that every single person should be aware of the early signs and symptoms in order to protect themselves and have the ability to detect it as early as possible.

The thing with skin cancer is that it doesn’t often cause worrisome symptoms until it grows larger, but most people are well aware of the issue long before it reaches this point.

Below, we’ll go over what you need to know about basal cell carcinoma, squamous cell carcinoma, as well melanoma and the tell-tale signs that something serious may be going on within your skin.

Basal cell carcinoma, the most common form of skin cancer, is sneaky because it doesn’t always appear super alarming. For many, it can look like an ordinary pimple or even a harmless patch of eczema, typically on the face, head, or neck.

When what appears to be a common skin condition doesn’t go away, keeps bleeding, breaking open, or getting irritated, that’s your clue that something more serious may be lurking, and it’s time to head to the dermatologist.

The signs of squamous cell carcinoma are very similar to those of basal cell. Squamous cell can show itself anywhere on the body, though the face, ear, neck, lips, and backs of the hands are common areas.

It usually appears as a red or pink scaly patch or growth that looks like a wart, but it’s also known to project out and have more of a crust associated with it.

Again, if it doesn’t heal after a few weeks, it’s a good idea to get it checked out by a doctor.

The signs and symptoms of melanoma

Melanoma can appear quickly over the course of a couple of months and usually presents as a dark brown to black-colored spot or bump though very rarely it may appear pink.

There’s also a good percentage of melanoma that starts as a mole that transitions into melanoma, and in this case, it can either be a new or existing mole.

When you should see a dermatologist

Whenever you notice any changes in the skin, it’s never a bad idea to have a dermatologist take a look. While it could be an ordinary pimple or a regular old mole, in the instance that it’s not, you’re giving yourself the best possible chance at catching skin cancer in its earliest stages, when there are better treatment options.

Essentially, knowing the early signs and catching it early can make a world of difference when it comes to a successful treatment.

Contact Center of Surgical Dermatology in Westerville, OH for more information on the early signs and symptoms of skin cancer
Center of Surgical Dermatology is the largest medical and surgical skin treatment and wellness facility in Central Ohio. Since 2007, our board-certified Dermatologists, fellowship-trained Mohs surgeons, and caring professional staff have provided patients with the treatment they can trust in an environment second to none. Learn more about our state-of-the-art Dermatology Center before booking your appointment today.

Actinic Keratosis – The Common Precancer You Should Know About

Do you often experience small patches of rough, dry skin that feels like sandpaper, which…

Between work, family, hobbies, friends, and all of your commitments, we know that it can…

Diagnosed with Skin Cancer? Here’s What You Should Ask Your Doctor

Hearing the “C” word is really scary, and it can be difficult to understand anything…